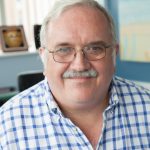 Professor Sir Stephen O’Rahilly is concerned with the elucidation of mechanisms underlying obesity, insulin resistance and Type 2 diabetes and the translation of discoveries into improvements in patient care. He has uncovered previously unrecognised genetic causes of these diseases including some that are amenable to treatment. After graduating from University College Dublin he undertook postgraduate clinical and research training in general medicine, diabetes and endocrinology in London, Oxford and Harvard. In 1991 he established a laboratory at the University of Cambridge and after five years was appointed to the Chair of Metabolic Medicine, later to the Chair of Clinical Biochemistry and Medicine. He is Director of the University of Cambridge Metabolic Research Laboratories and the Medical Research Council (MRC) Metabolic Diseases Unit, Co-Director of the Wellcome Trust-MRC Institute of Metabolic Science, Scientific Director for the NIHR Cambridge Biomedical Research Centre, Honorary Consultant Physician at Addenbrooke’s Hospital, a Fellow of Pembroke College and an Associate Faculty Member of the Wellcome Sanger Institute.

He is a fellow of the Royal Society, a Foreign Associate of the National Academy of Sciences USA and an Honorary Member of the German Society for Internal Medicine. He was appointed Knight Bachelor in 2013.