Data science and artificial intelligence are transforming UK healthcare – but at an environmental cost.

The data centres housing the supercomputers that run the algorithms account for 100 megatonnes of CO2 emissions every year – roughly the same as US commercial aviation. It takes more and more energy to run increasingly complex algorithms – and even a best-case scenario predicts a three-fold increase in the sector’s energy needs by 2030.

Now Cambridge scientists supported by the NIHR Cambridge BRC have developed a freely available tool which allows anyone to estimate the carbon footprint of their computations.

Dr Michael Inouye from the University of Cambridge, who supervised the development of Green Algorithms, said: “We’ve been using computers, supercomputers and cloud computation for many years now, yet there hasn’t been an easy way to work out how much greenhouse gases our computations emit.

“High-performance and large-scale computing have led to many scientific breakthroughs; for example, in astrophysics we now know what black holes 55 million light-years away look like, and in genomics, we now know of thousands of genetic variants for common diseases. We didn’t know the environmental impact of using data science to uncover these discoveries, nor did we have the tools to estimate what the next-generation of breakthroughs would take in terms of carbon footprint.

“So our team set about developing a free and easy-to-use online tool, Green Algorithms, for users to estimate the carbon footprint of any computational task.”

Want to know what the weather will be like tomorrow in your home town? A supercomputer in Reading will do that for you – at an environmental cost.

Using Green Algorithms, Dr Inouye’s team calculated that the computations it runs for just one day’s forecasts are equivalent in terms of greenhouse gas (GHG) emissions to driving 1,708 km or taking three return flights between Paris and London. It would take a mature tree over 27 years to sequester this amount of carbon.

Dr Inouye said: “Green Algorithms takes into account what’s ‘under the hood’ of a computer, the length of time it’s used and the location of the resources it utilises to estimate the energy used and the kilograms of CO2 emitted.

“It then shows the equivalent footprint in car and plane journeys, and ‘tree months’, or the number of months a mature tree needs to absorb a given quantity of carbon.

“Green Algorithms also makes specific recommendations for reducing computing’s carbon footprint. For example do you really want to continue using data centres which are heavily reliant on coal for power, even if they have faster processors? What would be the carbon savings or costs if you moved them elsewhere?

“Considerations like these better capture the true costs of computation, taking it beyond the purely financial.”

The carbon footprint of an algorithm depends on two factors: energy needed to run it and the GHG emissions released per unit of energy needed. This depends on the computing resources needed (including how long it takes to run, the number of cores and memory used and how efficient the data centre is) and the data centre’s location and what powers it (e.g. nuclear, gas or coal). Switching from an average data centre to a more efficient one can reduce carbon footprint by a third.

Computations are rarely performed only once. Algorithms are run multiple times, sometimes hundreds, and many are for good reasons but frequently they are unnecessary. This also increases GHG emissions, sometimes substantially. Limiting the number of times an algorithm runs is perhaps the easiest way to reduce unnecessary carbon footprint.

Director of the NIHR Cambridge BRC Professor Miles Parkes said: “We are delighted to have supported such timely and vital research, which has created an open tool for quantifying the carbon footprint of virtually any computation.

“The NIHR is committed to combating climate change and helping the UK meet the goals set forth in the Climate Change Act 2008.

“NIHR both promotes green approaches to health research and actively designs new tools that expand opportunities for green research that can be translated into policy and action.

“This tool empowers researchers, patients and the public to understand and minimise the greenhouse gas emissions of both their work and leisure, whether using home laptops, a high-performance computing cluster or the cloud.”

Dr Inouye added: “We hope our study will help raise awareness of the environmental impacts of day-to-day computer use and the computations underlying data science as well as promote more sustainable practices within the data science community.

“We want to make green computing a cornerstone of carbon reduction within the NHS, ensuring that the artificial intelligence revolution supports both a healthier society and planet.” 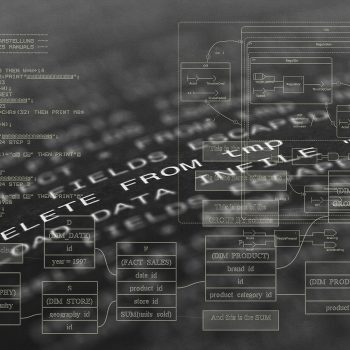