As many as one in ten people of European ancestry is affected by restless legs syndrome, in which sufferers feel an overwhelming urge to move, often in conjunction with unpleasant sensations, usually in the legs. Rest and inactivity provoke the symptoms, whereas movement can lead to temporary relief. The condition is chronic and can get progressively worse, with long-lasting effects on patients’ mental and physical health. People with restless legs syndrome have substantially impaired sleep, reduced overall quality of life, and increased risk of depression, anxiety disorders, hypertension, and, possibly, cardiovascular disease.

For around one in 50 people, the condition can be severe enough to require chronic medication, which may in turn have potentially serious side effects.

Studies of families and twins have shown that there is a strong genetic component to the disorder and led to the discovery of six genetic variants that increased the risk of developing the condition.

“We have studied the genetics of restless legs syndrome for more than 10 years and the current study is the largest conducted so far,” says Dr Barbara Schormair from the Institute of Neurogenomics at the Helmholtz Zentrum München, leading first author of the study. “We are convinced that the newly discovered risk loci will contribute substantially to our understanding of the causal biology of the disease.”

Now, an international team of researchers has compared the genetic data from over 15,000 patients with more than 95,000 controls, and identified a further 13 genetic risk variants. The findings were then replicated in a sample of 31,000 patients and 287,000 controls. The results are published today in Lancet Neurology.

“Restless legs syndrome is surprisingly common, but despite this, we know little about what causes it – and hence how to treat it,” says Dr Steven Bell from the Department of Public Health and Primary Care at the University of Cambridge, also one of the first authors on the study. “We already know that it has a strong genetic link, and this was something we wanted to explore in more detail.”

Several of the genetic variants have previously been linked to the growth and development of nerve cells – a process known as neurogenesis – and to changes in the formation of neuronal circuits. These findings strengthen the case for restless legs syndrome being a neurodevelopmental disorder whose origins may go back to development in the womb as well as impaired nerve cell growth in later life.

“The genetic risk variants that we’ve discovered add more weight to the idea that this condition is related to the development of our nervous system,” says Dr Emanuele Di Angelantonio, also from the Department of Public Health and Primary Care. “It also gives us some clues to how we may treat patients affected by the condition.”

Prof Juliane Winkelmann, who heads the Institute of Neurogenomics at the Helmholtz Zentrum as well as a restless legs syndrome outpatient clinic at the Klinikum Rechts der Isar in Munich, adds: “Our genetic findings are an important step towards developing new and improved treatment options for our patients.”

One particular biological pathway implicated by the findings is known to be a target for the drug thalidomide. While the drug has a controversial reputation due to its previous use when treating pregnant women that led to serious birth defects in their offspring, it is now used to treat some cancers. The researchers suggest that thalidomide or similar drugs may offer potential treatment options for male patients with restless leg syndrome and female patients beyond reproductive age, but they stress the necessity of rigorous clinical testing for efficacy and side-effects before any such use. 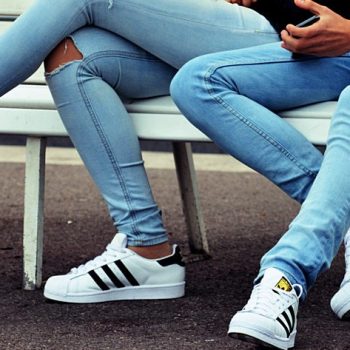