A new research group to help improve the care of patients with traumatic brain injury in low and middle-income countries has been announced at the University of Cambridge and Addenbrooke’s Hospital.

Over 3,400 people die on the world’s roads every day and tens of millions of people are injured or disabled every year. Approximately half of these deaths are a result of traumatic brain injury (TBI). This is in addition to other causes, such as falls and violence. Over the past 20 years there have been major gains in the management of TBI in the UK and other high income countries (HICs) and there is now an urgency to address the increasing burden of TBI in low and middle income countries (LMICs).

The Department of Health has announced that 33 research units and groups will receive over £120 million of funding for Global Health Research after a successful open research competition led by the National Institute for Health Research (NIHR).

Among these, the Division of Neurosurgery at the University of Cambridge and Addenbrooke’s Hospital has been funded with £1.78 million to establish the NIHR Global Health Research Group on Neurotrauma. The Group will also benefit from the expertise of investigators from the Division of Anaesthesia, Institute of Public Health, and Department of Engineering. The Group will focus on interrogating the patient pathway and implementing strategies to improve the prevention, investigation, treatment and outcome of head-injured patients in LMICs.

The Group’s director, Peter Hutchinson – Professor of Neurosurgery at the University of Cambridge, said: “We are very excited for the opportunity to work with our colleagues and other partners in several LMICs in order to establish the Global Health Research Group on Neurotrauma. In addition, our strong partnerships with the World Federation of Neurosurgical Societies, the Society of British Neurological Surgeons, and the Headway charity, will allow us to further the Group’s objectives”.

The Group’s co-director, David Menon – Professor of Anaesthesia at the University of Cambridge, said: “The new Group will dovetail well with the ‘International Initiative for Traumatic Brain Injury Research’, an initiative where the Cambridge Acute Brain Injury programme already plays a leading role. We believe that knowledge exchange, in the course of the Group’s work, will benefit head-injured patients in LMICs but also HICs”.

The Group’s trainee co-lead, Angelos Kolias – Clinical Lecturer in Neurosurgery at the University of Cambridge, said:“A particularly important function of the Group will be the training of a cohort of young clinicians from the UK and the partner LMICs in global neurotrauma research, which has been made possible by this award. Developing the next generation of research leaders is critical for the Group’s long-lasting success”.

The formal launch of the NIHR Global Health Research Group on Neurotrauma will take place in September in Cambridge. 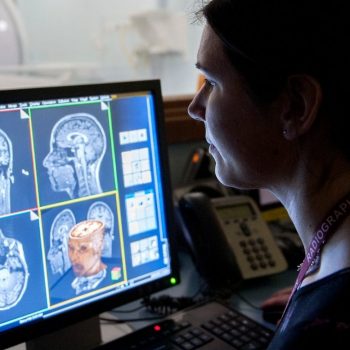