Cambridge researchers studying Inflammatory Bowel Disease (IBD) in children will now have access to a panel of young volunteers with IBD, thanks to a new research cohort from the NIHR BioResource.

The Paediatric Inflammatory Bowel Disease (PIBD) BioResource offers children and young people (0-15 years of age) living with the condition to take part in research. Researchers investigating IBD in the immune system as well as genetic or environmental factors, will be able to apply to the NIHR BioResource panel to find suitable volunteers to study the disease further and find new treatments.

Addenbrooke’s Hospital at Cambridge University Hospitals, is one of nine NHS Trusts so far in the UK that will be recruiting patients to the new arm of the NIHR BioResource. Clinicians will offer newly diagnosed IBD patients or patients already living with the disease a chance to take part in research.

Children sign up to the NIHR BioResource by providing blood, biopsy and stool samples as well as details about their health and lifestyle data, which is then anonymised and ready to be used for the purposes of research.

This new PIBD cohort led by Professor Holm Uhlig, from the University of Oxford and in collaboration with Cambridge University Hospitals and the NIHR BioResource, aims to establish a resource of more than 5,000 young patients with IBD to help researchers with their investigations and find much-needed treatments.

Inflammatory Bowel Disease (IBD) is a term used to describe two conditions, Crohn’s disease and Ulcerative Colitis. These lifelong illnesses flare at intervals, producing debilitating symptoms including cramping abdominal pains, anaemia, weight loss and diarrhoea. They require on-going drug therapy, and many patients also require major surgery. The exact causes of Crohn’s disease and Ulcerative Colitis are unclear, but yet the number of people diagnosed with the condition is rising, especially in children.

In the UK, more than 500,000 people are affected, and despite major advances in characterising the genetic and some of the environmental factors, much work remains to be done to fully understand the disease.

It can take many years just to find the right group of patients who can participate in a particular research trial, and the aim of the NIHR BioResource is to speed up research, by bringing people and researchers together.

People can volunteer to join the NIHR BioResource by providing a blood/ saliva sample and complete a health data questionnaire. This data is then anonymised and stored securely.

When a study is accepted by the NIHR BioResource, researchers are able to select a unique cohort of samples and/or data, based on genotype (genetic makeup) and/or phenotype (a person’s traits such as age, gender, height, blood group etc.). Researchers can also invite participants to attend one of the 13 centres in England, including Cambridge, to collect more data or additional biological samples.

More than 200,000 people with and without health conditions have signed up to the NIHR BioResource and are ready to take part in research.

As well as supporting hundreds of studies, the NIHR BioResource also run their own core of research programmes within their centres in conditions such as inflammatory bowel disease, immune mediated inflammatory diseases, mental health, non-alcoholic fatty liver disease and rare genetic diseases. Adding a new cohort of people will allow researchers investigating IBD, particularly in children, to access a greater resource of volunteers and health data.

Professor Holm Uhlig, Lead Researcher for the PIBD BioResource said: “Inflammatory bowel diseases in children are increasing in numbers in the UK and worldwide. The PIBD BioResource research network provides the scientific research community with a resource of data and samples to study mechanisms of paediatric onset IBD required to develop better diagnostics and medicines.

“This collaborative project will support both UK and international research towards more personalised medicine in PIBD.”

Professor Miles Parkes, Chief Investigator for the IBD BioResource and NIHR Cambridge BRC director said: “I am delighted to see the launch of the Paediatric IBD BioResource led by Holm Uhlig and supported by key opinion leaders in paediatric IBD across the UK. There is an enormous amount to learn from studying children with IBD, of potential benefit to their future care but also impacting how we understand IBD in adults – both the similarities and the differences can be instructive.

“The opportunity to extend the highly successful IBD BioResource to support children, their families and their clinical researchers is one that we welcome, and we look forward to seeing this collaboration bear fruit in the years ahead as we research together and work towards improved treatments in IBD, and maybe one day a cure.”

Dr Nathalie Kingston, Director of the NIHR BioResource said: “NIHR BioResource is excited to be opening the Paediatric IBD BioResource with the support of our valued partners. Such a new initiative will nicely complement the recent launch of our Young People’s BioResource, which recruits young individuals through schools.

“Paediatric IBD is the first dedicated paediatric BioResource programme recruiting through NHS hospitals and Trusts, with the hope of further advancing health research in diseases appearing in both childhood and adulthood.”

First NHS Trusts who will enrol patients to the PIBD BioResource

Find out more information about the NIHR BioResource 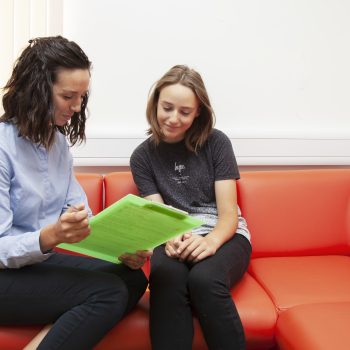