One of the first population-scale studies on how common genetic traits are influenced by variations in the DNA of mitochondria, the powerhouses of human cells, has been completed by scientists at the Wellcome Sanger Institute, the University of Cambridge, EMBL’s European Bioinformatics Institute (EMBL-EBI), and supported by the NIHR Cambridge BRC.

The team identified associations between mtDNA variants and an amino acid, N-formylmethionine (fMet), and effects of fMet on the risk of developing a range of common, late-onset illnesses.

The study, published (on 23 August 2021) in Nature Medicine found that higher fMet levels are associated with increased risk of a wide range of late-onset diseases and all-cause mortality, demonstrating fMet’s potential as a biomarker of ageing and disease risk, as well as the importance of research into mitochondrial DNA variants.

Mitochondria are organelles that are found in the cells of all complex organisms. They perform a number of vital biological functions, including the production of around 90 per cent of the energy that cells need to function. Mitochondria are unique in that they have their own genetic code, knowns as mitochondrial DNA (mtDNA), which is distinct from the DNA contained in the nucleus of every cell in an organism’s body1. mtDNA is passed on from mother to child.

Over time, the accumulation of mutations in mtDNA leads to distinct lineages in the population, known as haplogroups, which confer particular traits. Previous research has shown that haplogroup Uk, found in 10 per cent of the European population, is protective against diseases such as Parkinson’s Disease and ischaemic stroke (IS).

In this study, two large-scale datasets were analysed to look for associations between genetic variants in mtDNA and thousands of common molecular traits such as blood cell counts and plasma proteins, in order to understand the molecular mechanisms behind mtDNA associations with diseases.

In the INTERVAL dataset of up to 16,000 participants, the researchers identified significant associations between levels of fMet and mtDNA variants in haplogroups Uk and H32. The team then verified these associations using cellular models. When fMet levels were measured in a cohort of ischaemic stroke patients, they found lower fMet levels compared to those in a healthy control group.

The researchers then analysed data from EPIC-Norfolk, a study that tracked the health of participants over a 20-year period, to ask whether differences in fMet between individuals were associated with a wider-range of late onset diseases. In contrast to ischaemic stroke, higher fMet levels were associated with increased risk of illnesses such as kidney disease and heart failure.

Dr Cai Na, a first author of the study from the Wellcome Sanger Institute and EMBL’s European Bioinformatics Institute (EMBL-EBI), said: “We knew that the Uk haplogroup offered some protection against ischaemic stroke and Parkinson’s disease, and our findings suggests that variants in mitochondrial DNA that upregulate N-formylmethionine (fMet) may play a part in this protection. What was surprising is that these same variants are also associated with higher risk of other diseases. While further study of the molecular mechanisms at work is required, fMet does seem to be a promising biomarker that we could use to better predict an individual’s risk of developing a wide range of common diseases.”

Professor Patrick Chinnery, a senior author of the study from the University of Cambridge, said: “When we examined the molecular processes using human cellular models, we found that variants in Haplogroup Uk modulate protein synthesis and degradation in both the mitochondria and cytoplasm, and this affects cellular processes beyond mitochondrial bioenergetics. In the case of ischaemic stroke (IS), our findings suggest part of the protective effect of mtDNA haplogroup Uk may be attributed to reduced protein clearance mediated by fMet.”

Dr Aurora Gomez-Duran, a first author of the study from the University of Cambridge, said: “Our findings reveal the important part that mtDNA variants play in several pathologies, and that they play a deeper role in cellular homeostasis than we previously thought. Due to this, mtDNA should be carefully considered when investigating a diagnosis and delivering a treatment for age-associated diseases”

With only around 6,000 individuals on which to assess around 1,000 molecular traits in this study, other significant associations between mtDNA variants and genetic traits remain hidden for now. The next step will be to scale up this research in order to identify other traits associated with mtDNA variants.

Professor Nicole Soranzo, a senior author of the study from the Wellcome Sanger Institute, said: “Our study highlights the vast potential of large-scale, hypothesis-free research into mitochondrial DNA as a way of better understanding health and disease. N-formylmethionine (fMet) is a promising biomarker that could one day help us to monitor individual disease risk and plan pre-emptive interventions. This study has been a true collaborative effort with data from genome-wide association studies, cell lines and computational analysis combining to offer rich insights into human biology.” 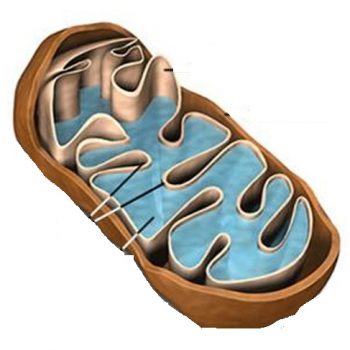