Her Royal Highness The Duchess of Cornwall visited Addenbrooke’s Hospital on Tuesday 27 November to see the world-leading type 1 diabetes technology being developed there by Professor Roman Hovorka of the University of Cambridge.

The Duchess, who is President of the type 1 diabetes charity JDRF, was greeted at the Cambridge Clinical Research Centre (CCRC) by the Deputy Lieutenant of Cambridgeshire, Penelope Walkinshaw. 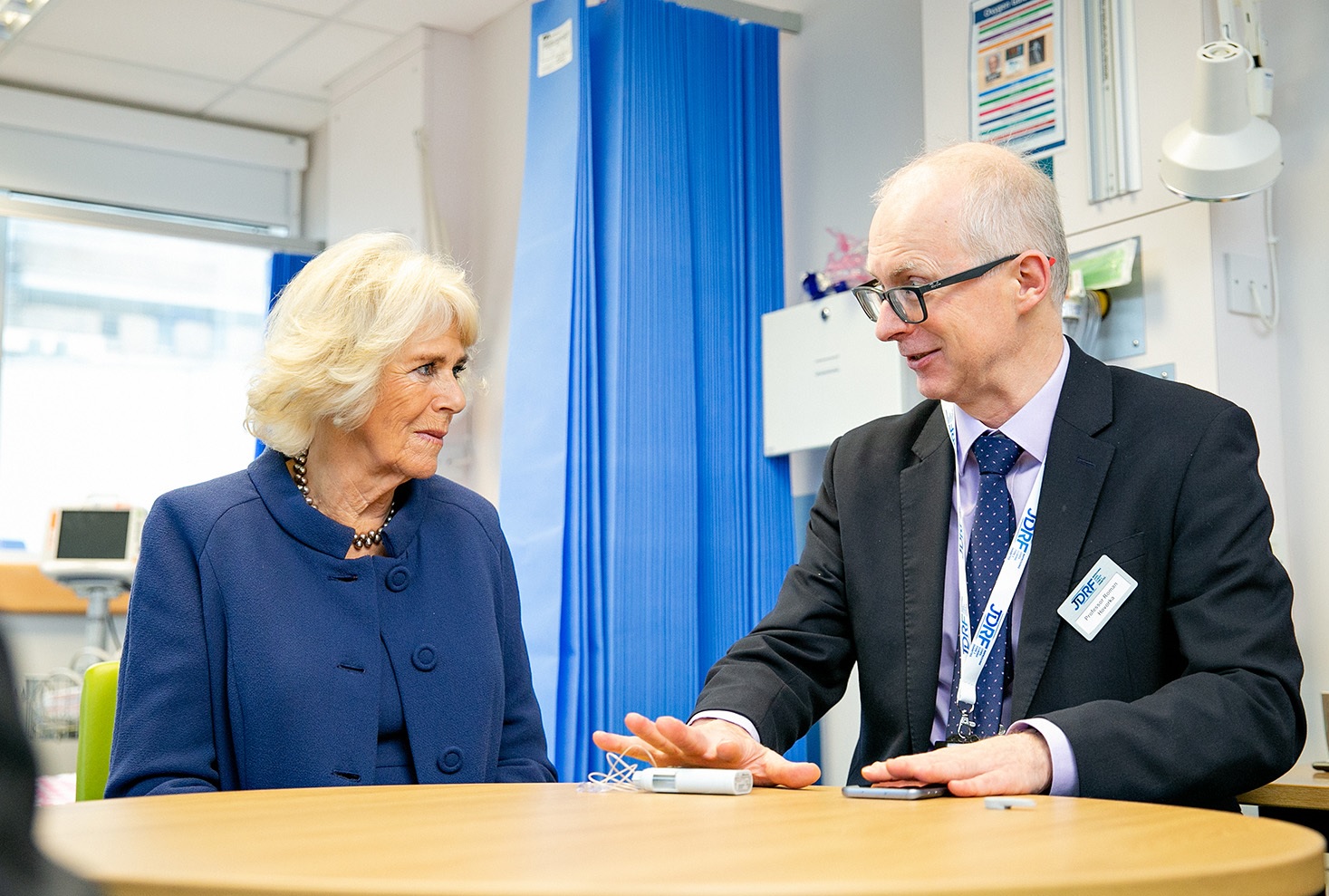 Her Royal Highness The Duchess of Cornwall and Professor Roman Hovorka

Karen Addington, Chief Executive of JDRF in the UK and Caroline Saunders, Director of Clinical Operations at the CCRC then accompanied Her Royal Highness to the National Institute for Health Research (NIHR) Cambridge Clinical Research Facility to meet researchers Professor Roman Hovorka and Dr Conor Farrington.

Her Royal Highness has been President of JDRF in the UK for over five years and during this time has met many individuals and families affected by type 1 diabetes, as well as the scientists and researchers working to cure, treat and prevent the condition, supported by JDRF. She previously met Professor Hovorka when she visited Addenbrooke’s in 2012.

Professor Hovorka has been developing the artificial pancreas since 2006 with research funded by JDRF and NIHR at the NIHR Cambridge Biomedical Research Centre.

The artificial pancreas is now in advanced human trials after being found to be better at helping people with type 1 diabetes manage their blood glucose levels by keeping them in range 65% of time, compared with 54% of the time without the technology. A prototype of the artificial pancreas is currently being trialled across six centres in the UK including the NIHR Cambridge Clinical Research Facility.

Her Royal Highness was also introduced to Rob Hewlett, an adult patient who has been helping with the artificial pancreas trials and Janet Allen, a clinical research nurse.

In attendance at the event was Sky News presenter and JDRF supporter, Stephen Dixon who was diagnosed with type 1 when he was 17. He was accompanied by JDRF Youth Ambassadors George Dove and Amy Wilton who also met Her Royal Highness when she visited Addenbrooke’s in February 2012.

The Duchess was handed a posy of flowers by George Vinnicombe aged seven, and his sister Ava, aged five. George was diagnosed with type 1 diabetes when he was six months old and spent a considerable time in intensive care. 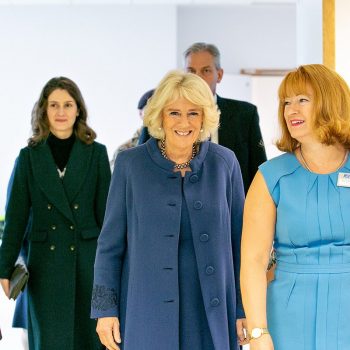