The Sabin Vaccine Institute (Sabin) have announced (13 August), that it has awarded its annual Albert B. Sabin Gold Medal to Gordon Dougan, FRS, professor in the Department of Medicine and the Cambridge Institute for Therapeutic Immunology and Infectious Disease at the University of Cambridge and antimicrobial theme lead for the NIHR Cambridge Biomedical Research Centre (pictured right).

The Gold Medal, now in its 27th year, is Sabin’s highest scientific honour, given each year to a distinguished member of the global health community who has made extraordinary contributions to vaccinology or a complementary field.

“We are pleased to present the Gold Medal to Gordon,” said Amy Finan, Sabin’s chief executive officer. “His work demonstrates a life-long commitment to innovating the development and delivery of vaccines, translating scientific research into practical tools and encouraging the next generation of leaders in vaccinology. His dual commitment to science and advocacy exemplifies Dr. Albert B. Sabin’s legacy in harnessing innovation for good and the belief that everyone, everywhere should have access to lifesaving vaccines.”

Professor Dougan’s research in vaccine discovery and delivery has focused on two key areas; equitable access to vaccines and information, and the application of genomics to enable vaccine development.

“I’m honoured to receive this award named after Dr. Sabin, whose ground-breaking invention and successful global distribution of the trivalent oral polio vaccine relates to some of my proudest professional accomplishments,” said Professor Dougan. “Open access data and technology has empowered scientists and researchers, including in low- and middle-income countries, to accelerate progress on vaccines that may be of low commercial priority, but make a substantial difference to the quality of life and health of vulnerable populations around the world. I am proud to have supported this work.”

Professor Dougan has a wealth of experience. He spent 10 years at the Wellcome Foundation (now Wellcome), where his team utilised recombinant engineering to define the protective antigen, pertactin, now a component of whooping cough vaccines. He then moved to the Imperial College London, where he established the Centre for Molecular Microbiology and Infection.

He then assembled a world-class program for teaching and research at the Wellcome Sanger Institute in Cambridge. While there, he built a department that led research on pathogen genomics and disease tracking, highlighting antimicrobial resistance as a major public health concern and pioneered the construction of attenuated strains of salmonella to aid in the development of typhoid vaccines.

The open access data and technology generated under his leadership at the Institute directly impacted the creation of vaccines against many diseases including pertussis, typhoid fever and cholera, and his multi-faceted coalition-building work with the World Health Organization and Gavi, the Vaccine Alliance, led to the successful delivery of several affordable vaccines around the world.

View the video highlighting the 2020 Albert B. Sabin Gold Medal and Sabin Rising Star Award, including remarks by Professor Dougan.

The 2020 Albert B. Sabin Gold Medal was made possible in part by a grant from the Bill & Melinda Gates Foundation, and sponsorship by GSK; Merck Sharp & Dohme Corp., a subsidiary of Merck & Co., Inc.; Pfizer; and Takeda. Sponsors have no role in Sabin’s program design, development or outputs, including findings and analysis. 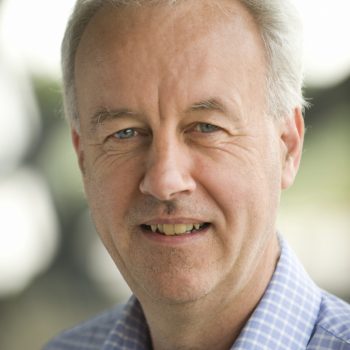