People at high risk of a heart attack in adulthood could be spotted much earlier in life with a one-off DNA test, according to new research part-funded by the British Heart Foundation and supported by the NIHR Cambridge BRC.

An international team led by researchers from the University of Leicester, University of Cambridge and the Baker Heart and Diabetes Institute in Australia used UK Biobank data to develop and test a powerful scoring system, called a Genomic Risk Score (GRS) which can identify people who are at risk of developing coronary heart disease prematurely because of their genetics.

Genetic factors have long been known to be major contributors of someone’s risk of developing coronary heart disease – the leading cause of heart attacks. Currently to identify those at risk doctors use scores based on lifestyle and clinical conditions associated with coronary heart disease such as cholesterol level, blood pressure, diabetes and smoking. But these scores are imprecise, age-dependent and miss a large proportion of people who appear ‘healthy’, but will still develop the disease.

The team analysed genomic data of nearly half a million people from the UK Biobank research project aged between 40-69 years. This included over 22,000 people who had coronary heart disease.

In fact, men who appeared healthy by current NHS health check standards but had a high GRS were just as likely to develop coronary heart disease as someone with a low GRS and two conventional risk factors such as high cholesterol or high blood pressure.

These findings help to explain why people with healthy lifestyles and no conventional risk factors can still be struck by a devastating heart attack.

Crucially, the GRS can be measured at any age including childhood as your DNA does not change. This means that those at high risk can be identified much earlier than is possible through current methods and can be targeted for prevention with lifestyle changes and, where necessary, medicines. The GRS is also a one-time test and with the cost of genotyping to calculate the GRS now less than £40 GBP it is within the capability of many health services to provide.

Senior author Professor Sir Nilesh Samani, Professor of Cardiology at the University of Leicester and Medical Director at the British Heart Foundation said: “At the moment we assess people for their risk of coronary heart disease in their 40’s through NHS health checks. But we know this is imprecise and also that coronary heart disease starts much earlier, several decades before symptoms develop. Therefore if we are going to do true prevention, we need to identify those at increased risk much earlier.

“This study shows that the GRS can now identify such individuals. Applying it could provide a most cost effective way of preventing the enormous burden of coronary heart disease, by helping doctors select patients who would most benefit from interventions and avoiding unnecessary screening and treatments for those unlikely to benefit.”

Lead author Dr Michael Inouye, of the Baker Heart and Diabetes Institute and University of Cambridge said: “The completion of the first human genome was only 15 years ago. Today, the combination of data science and massive-scale genomic cohorts has now greatly expanded the potential of healthcare.

“While genetics is not destiny for coronary heart disease, advances in genomic prediction have brought the long history of heart disease risk screening to a critical juncture, where we may now be able to predict, plan for, and possibly avoid a disease with substantial morbidity and mortality.”

This study was supported by funding from the British Heart Foundation, National Health and Medical Research Council (NHMRC, Australia), the Victorian Government and the Australian Heart Foundation and the NIHR.  It was published in the Journal of the American College of Cardiology. 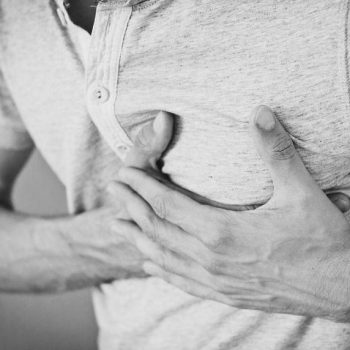