A UK-wide research collaboration through the National Institute for Health Research (NIHR) BioResource for Rare Diseases has combined whole genome sequencing (WGS) with a statistical program called BeviMed to predict the existence of disease-causing changes in the DNA of people with Primary Immunodeficiency (PID).

PID is a severe condition with a range of symptoms, including repeated severe (and often life-threatening) infections, autoimmunity (where the body’s immune system attacks itself) and early onset of cancers.  PID is challenging to diagnose and treat, but understanding the genetic cause of the condition in each individual can help to identify the most effective treatment.

In this NIHR Cambridge Biomedical Research Centre (BRC) funded study published in Nature (06 May), the research team sequenced the entire genetic code of 974 people with PID. The team were able to identify variations (changes) in genes already known to cause PID in almost 1 in 5 of the study participants, providing them with a genetic diagnosis for their condition.

To help identify genetic causes for the remaining participants and other patients with PID, the team used a statistical program known as BeviMed. BeviMed can be used to predict genes that may cause PID, by comparing the genomes of cases (people with PID) and controls (people without the condition). Using this technique, the team were able to identify new genes that cause PID.

The paper’s lead author, Dr James Thaventhiran, said: “The use of whole genome sequencing allows us to rapidly identify known genetic causes of immunodeficiency. The scientific advance comes from using sophisticated analytical methods to discover new genetic causes of PID. These results are important for our patients because identification of the genetic cause may allow us to prioritise the therapeutic targeting of specific immune pathways to improve their health”.

The study also provided a new insight into how multiple genetic defects can act together to cause diseases such as PID. The research team were able to identify families of patients where different combinations of common and rare genetic changes gave rise to different forms of PID, with varying symptoms and severity.

This research may also help to explain why some patients with the same form of PID experience vastly different symptoms. Professor Adrian Thrasher, a lead investigator and Consultant in Immunology based at Great Ormond Street Hospital (GOSH) explained: “Until now, the reasons for this variability have been very unclear. WGS has allowed us to map out unique combinations of genetic errors in each patient and consider how their interactions could lead to different symptoms.”

Combined analysis approaches to whole genome sequences from large numbers of patients with a rare disease type, such as PID, can provide new understanding of the genetic causes of these diseases. This is important in PID because it will improve diagnosis rates and allow more targeted treatment and advice, ultimately improving outcomes for patients.

Dr Susan Walsh, Director of the patient support group, Primary Immunodeficiency UK, said: “Knowledge is power, and we hope techniques like these become routine for future patient diagnosis and treatment.  These findings are providing some PID patients with answers, ending their diagnostic odyssey, and helping define what the best treatments are for these individual patients. We look forward to hearing about and collaborating on further studies and the opportunity for more patients to take part in this important research.”

Advances in the understanding of rare disease are only made possible through programmes such as the NIHR BioResource Primary Immunodeficiency Collaboration, that brings together large numbers of people affected by the disease who are willing to take part in research with leading experts in rare diseases and immunology from across the country and the world. 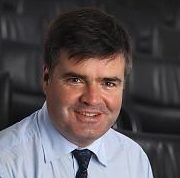 “By bringing together expertise in these rare diseases from across the UK and recruiting a larger number of individuals affected by them, we hope to be able to provide more genetic diagnoses and better treatments for patients,” said Chief Investigator and Director of the Cambridge Institute of Therapeutic Immunology & Infectious Disease (CITIID), Professor Ken Smith. “At the same time, by understanding what goes wrong in the immune systems in rare cases, we hope to provide fresh insights into how the human immune system works more generally, which could ultimately benefit a much wider number of patients.”

The team have now been awarded a £4 million Collaboration Award from the Wellcome Trust to take the research forward. The new collaboration includes the NIHR BioResource and Genomics England, which, together with NIHR Biomedical Research Centres in England, will support the UK-wide consortium to expand the number of PID patients undergoing both WGS and detailed immune investigations, to further advance our ability to diagnose PID.

Professor Smith continued: “This approach allows gene discovery in adult patients without known affected family members and with complex disease – a group in which this has previously been very difficult. Its application to other rare adult diseases therefore has the potential to allow similar advances. It will be applied, for example, to a cohort-based whole genome sequencing study being planned to investigate the genetic drivers of susceptibility to severe COVID-19”.