Home » ‘Fat but fit’ are at increased risk of heart disease

‘Fat but fit’ are at increased risk of heart disease

Carrying extra pounds could raise your risk of heart attack by more than a quarter, even if you are otherwise healthy.

Researchers have found that being overweight or obese increases a person’s risk of coronary heart disease (CHD) by up to 28% compared to those with a healthy bodyweight, even if they have healthy blood pressure, blood sugar and cholesterol levels.

The findings add to a growing body of evidence which suggests being ‘fat but fit’ is a myth, and that people should aim to maintain a body weight within a healthy range and shed the excess pounds.

Storing too much fat in the body is associated with a number of metabolic changes, including increased blood pressure, high blood sugar and lowering ‘good’ cholesterol levels, which can lead to disease and poor health.

However, previous studies have revealed a subset of overweight people who lack the ill health effects related to excess weight, leading to them being classified as ‘metabolically healthy obese’ in the medical literature, and ‘fat but fit’ in the media.

Now, a group led by researchers at Imperial College London and the University of Cambridge has shown that despite an apparent clean bill of health, this overweight group is still at increased risk compared to those with a healthy weight. In the largest study of its kind to date, scientists used data from more than half a million people in 10 European countries – taken from the European Prospective Investigation into Cancer and Nutrition (EPIC) – to show that excess weight is linked with an increased risk of heart disease, even when people  have a healthy metabolic profile.

“Our findings suggest that if a patient is overweight or obese, all efforts should be made to help them get back to a healthy weight, regardless of other factors. Even if their blood pressure, blood sugar and cholesterol appear within the normal range, excess weight is harmful in itself” said lead author Dr Camille Lassale, from Imperial’s School of Public Health and now based at University College London.

In the study, published in the European Heart Journal, researchers looked at the link between excess weight and risk of CHD, a condition where not enough blood gets through to the heart due to clogged arteries, leading to heart attacks and heart failure.

After a follow-up period of more than 12 years, a total of 7,637 people in the EPIC cohort had experience CHD events, such as death from heart attack. Researchers then selected a representative random subcohort of more than 10,000 individuals as controls, for a case cohort analysis. All participants were grouped by health status and weight. 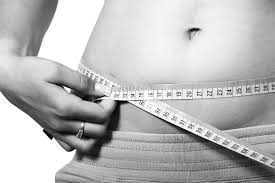 Body weight was classified according to definitions from the World Health Organization. Those with a body mass index (BMI) over 30 were classed as obese, while those with a BMI of 25–30 were classed as overweight, and 18.5–25 as normal weight. More than half of the subcohort (63%) were female, with an average age of 53.6 and an average BMI of 26.1.

Participants were categorised as ‘unhealthy’ if they had three or more of a number of metabolic markers, including high blood pressure, blood glucose, or triglyceride levels, low levels of HDL ‘good’ cholesterol, or a waist size of more than 37” (94cm) for men and 31” (80cm) for women.

However, analysis also revealed that within the healthy group there was a significant difference in outcomes for people depending on their weight. The research found that compared to those at normal weight, people who were classified as healthy but overweight had an increased CHD risk of 1.26 (26%), while those who were healthy but obese had an increased risk of 1.28 (28%).

Dr Ioanna Tzoulaki, from Imperial’s School of Public Health, said: “I think there is no longer this concept of healthy obese. If anything, our study shows that people with excess weight who might be classed as ‘healthy’ haven’t yet developed an unhealthy metabolic profile. That comes later in the timeline, then they have an event, such as a heart attack.”

According to the researchers, the excess weight itself may not be increasing the risk of heart disease directly, but rather indirectly through mechanisms such as increased blood pressure and high glucose. They add that as no follow up measurements were taken, they cannot show how the group’s health status changed over time. However, they add that what is clear from the study is that population-wide prevention and treatment of obesity is needed in order to ensure public health.

Dr Lassale added: “Overall, our findings challenge the concept of the ‘healthy obese’. The research shows that those overweight individuals who appear to be otherwise healthy are still at increased risk of heart disease.” 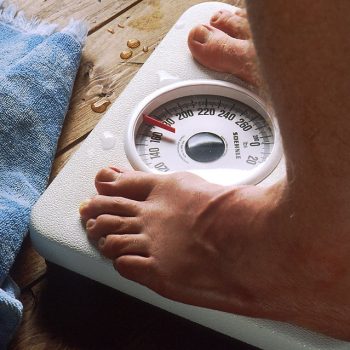