Management of type 1 diabetes is challenging in very young children, because of a number of factors including the high variability in levels of insulin required and in how individual children respond to treatment, and their unpredictable eating and activity patterns.

To manage children’s glucose levels, doctors increasingly turn to devices that continuously monitor glucose levels and deliver insulin via a pump, which administers insulin through a cannula inserted into the skin. These devices have proved successful to an extent in older children, but not in very young children.

Professor Roman Hovorka, developed an app – CamAPS FX – which, combined with a glucose monitor and insulin pump, acts as an artificial pancreas, automatically adjusting the amount of insulin it delivers based on predicted or real-time glucose levels. It is a ‘hybrid closed loop system’, meaning that the child’s carer will have to administer insulin at mealtimes, but at all other times the algorithm works by itself. 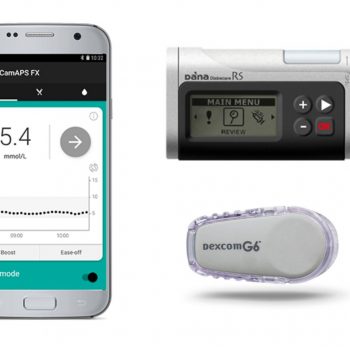