Home » Dexamethasone should be avoided in patients with chronic subdural haematoma

Dexamethasone should be avoided in patients with chronic subdural haematoma

A commonly-used treatment for chronic subdural haematoma – the build-up of ‘old’ blood in the space between the brain and the skull, usually as a result of minor head injury – could lead to a worse outcome than receiving no medication, suggests new research from the University of Cambridge.

Chronic subdural haematoma is one of the most common neurological disorders and mainly affects older people. People affected often have headaches, deteriorating memory, confusion, balance problems or limb weakness. Surgery to drain the liquid collection is effective with the majority of patients improving.

A commonly used steroid, dexamethasone, has been used alongside surgery or instead of it since the 1970s. However, consensus has been lacking regarding the use of dexamethasone, especially since no high-quality studies confirming its effectiveness had been conducted until now.

With funding from the UK National Institute Health Research, a group of doctors and researchers from 23 neurosurgical units in the United Kingdom enrolled 748 patients with chronic subdural haematoma in the “Dexamethasone in Chronic Subdural Haematoma (Dex-CSDH)” randomised trial. A total of 375 patients were randomised to receive a two-week tapering course of dexamethasone and were compared with 373 patients randomised to an identical matching placebo.

The results of the study, published today (16 December) in the New England Journal of Medicine, show that patients who received dexamethasone had a lower chance of favourable recovery at six months compared to patients who received placebo. More specifically, the vast majority of patients in both groups had an operation to drain the haematoma and had experienced significant functional improvement at six months compared to their initial admission to hospital.

Peter Hutchinson, Professor of Neurosurgery at the University of Cambridge and the trial’s Chief Investigator, said: “Chronic subdural haematoma has been steadily increasing in frequency over the past decades. Patients affected are often frail and have other co-existing medical conditions. Since the 1970s, dexamethasone has been used as a drug alongside or instead of surgery with a few studies reporting good results.

Angelos Kolias, Lecturer of Neurosurgery at the University of Cambridge and the trial’s Co-chief Investigator, added: “The results of the study were surprising given that dexamethasone seemed to help reduce the number of repeat surgeries. However, this simply reinforces the importance of conducting high-quality trials with patient-reported outcomes as the main outcomes of interest”.

Ellie Edlmann, the trial’s research fellow, currently a Clinical Lecturer at the University of Plymouth, concluded: “Credit is due to all doctors and researchers from across the NHS who worked tirelessly in order to enrol all eligible patients in the trial; in particular, the role of trainee neurosurgeons, members of the British Neurosurgical Trainee Research Collaborative, needs to be highlighted. We sincerely thank all patients and their carers, as without their altruistic participation, this trial would not have been possible.”

The trial was funded by the National Institute for Health Research (NIHR), with further support from the NIHR Cambridge Biomedical Research Centre, the NIHR Brain Injury MedTech Co-operative, the Royal College of Surgeons of England, and the Rosetrees Trust. 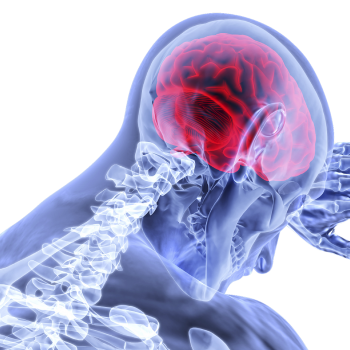