Researchers have identified a series of genetic variants that affect the severity of Crohn’s disease, an inflammatory bowel disease – but surprisingly, none of these variants appear to be related to an individual’s risk of developing the condition in the first place

Crohn’s disease is one of a number of chronic ‘complex’ diseases for which there is no single gene that causes the disease. In fact, to date around 170 common genetic variants have been identified that each increase the risk of an individual developing the disease. The conventional wisdom has been that there exists a ‘tipping point’: if someone has enough of these genes, they become very likely to develop the disease – and the more of the variants they carry, the more the severe the disease will then be.

However, in a study published today in Nature Genetics, a team of researchers led by the University of Cambridge has shown that this is not the case: genetic variants that affect the progression, or prognosis, of a disease operate independently of those that increase the likelihood of developing the disease in the first place.

“Genetic studies have been very successful at identifying genetic risk factors for Crohn’s disease, but have told us virtually nothing about why one person will get only mild disease while someone else might need surgery to treat their condition,” says Dr James Lee from the Department of Medicine at Cambridge. “We do know, though, that family members who have the disease often tend to see it progress in a similar way. This suggested to us that genetics was likely to be involved in prognosis.”

The researchers looked at the genomes – the entire genetic makeup – of more than 2,700 individuals, who were selected because they had either had experienced particularly mild or particularly aggressive Crohn’s disease. By comparing these patients’ DNA, the researchers found four genetic variants that influenced the severity of a patient’s condition. Strikingly, none of these genes have been shown to affect the risk of developing the disease.

The team then looked at all the known genetic risk variants for Crohn’s and found that none of these influenced the severity of disease. “This shows us that the genetic architecture of disease outcome is very different to that of disease risk,” adds Professor Ken Smith, Head of the Department of Medicine. “In other words, the biological pathways driving disease progression may be very different to those that initiate the disease itself. This was quite unexpected.  Past work has focussed on discovering genes underlying disease initiation, and our work suggests these may no longer be relevant by the time a patient sees the doctor. We may have to consider directing new therapies to quite different pathways in order to treat established disease”

One of the genetic variants discovered by the team was in a gene called FOXO3. This gene is involved in modulating the release of the cytokine TNFα – cytokines are proteins released into the blood by immune cells in response to infection or, in the case of conditions such as Crohn’s, to the body erroneously attacking itself. This FOXO3-TNFα pathway is also known to affect the severity of rheumatoid arthritis, another auto-inflammatory disease.

Another of the variants was close to the gene IGFBP1, which is known to play a role in the immune system. This genetic region, too, has previously been linked to rheumatoid arthritis, in a study looking at the presence of a particular antibody in patients – presence of this antibody is associated with more severe disease.

The third genetic variant was in the MHC region, which is responsible for determining how our immune cells respond to invading organisms. This region has been implicated in a number of auto-immune diseases, including Crohn’s, but the genetic variant that alters Crohn’s disease risk is different to the one that affects prognosis. The variant the team identified, which was associated with a milder course of Crohn’s disease, was shown to affect multiple genes in this region, and result in a state that is known to cause weaker immune responses.

The final variant occurred in the gene XACT, about which very little is known; however, in adults this gene appears to be mainly active in cells in the intestine – the organ affected by Crohn’s disease. “This discovery has shown us a new way of looking at disease and opens up potential new treatment options, which could substantially ease the burden of Crohn’s disease,” says Dr Lee. “What’s more, we have evidence that some of these prognosis genes will be shared with other diseases, and as such this approach could be used to improve treatment in a number of conditions.”

The study has been welcomed by Crohn’s and Colitis UK, who helped fund the study. “This is an exciting breakthrough which offers new hope for people who suffer every day from Crohn’s and Colitis,” says Dr Wendy Edwards, Research Manager at Crohn’s and Colitis UK. “The research sheds new light on why some people with inflammatory bowel disease experience more severe symptoms than others, which has been little understood until now.”

As well as its implications for Crohn’s and other diseases, the approach taken by the researchers has suggested that there is value in re-examining previous genetic studies. Around a third of the genomes of Crohn’s disease patients analysed in this study had been collected for a previous study in 2007. By dividing the patients into groups categorised by disease severity, the researchers were able ask new questions – and gain new insights – from the old data.

The research was mainly funded by NIHR Cambridge Biomedical Research Centre, Crohn’s and Colitis UK and the Evelyn Trust. 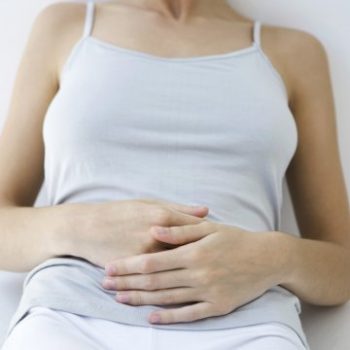