Home » Could a cancer drug be key to helping patients recover from a heart attack?

Could a cancer drug be key to helping patients recover from a heart attack?

A stage 2 trial is underway in Cambridge to investigate whether a cancer drug could improve the recovery of heart attack patients, by targeting the immune system.

The study led by researchers at Cambridge University Hospitals (CUH), the University of Cambridge and supported by the NIHR Cambridge Clinical Research Facility, has found that a low dose of the cancer drug, known as aldesleukin, injected into the skin of patients who have had an acute heart attack, increased the activation of immune cells shown to protect the heart.

In a previous study, the drug activates a rare white blood cell called innate type 2 lymphocyte (ILC2). ILC2 has previously been shown to decrease the harmful inflammation that promotes the build-up of fatty deposits in arteries.

By targeting the inflammation caused by the body’s immune response to a heart attack the researchers also hope to reduce a person’s chances of having a second heart attack. The Cambridge team are now conducting a Phase 2 clinical trial to test the drug.

Julian Hough (pictured right), had a heart attack in July despite having an active and healthy lifestyle. He’s on the road to recovery and wanted to take part in the trial. He said: “This trial is important because if this drug works, which is the results the doctors expect, it’s going to benefit so many people.

“For me personally it’s helped me get my confidence back. I can see the results of scans and blood tests at each stage of the trial as the weeks go by. I can see how things are progressing as I start to get back to normal life.”

Dr Rouchelle Sriranjan, honorary cardiology registrar and clinical research associate at CUH (pictured left), said: “Some patients who have heart attacks, have an imbalance in the cells of their immune system. These patients are at a higher risk of second heart attacks or strokes and have more damage done to the heart.

“The hope is a low dose of aldesleukin, will re-calibrate the imbalance in the immune system and promote healing of the heart muscle and lower inflammation in the blood vessels. We hope this drug will reduce a person’s chances of having a second heart attack.”

Dr Tian Zhao, BHF clinical lecturer in cardiovascular medicine at the University of Cambridge said: “Right now, there is no way to stop the immune system, which gets activated after a heart attack, from mistakenly damaging the heart.

“If our clinical trial shows that aldesleukin works by harnessing the ‘good cops’ of our immune system, we may have found a way to help the heart heal after a heart attack.”

Dr Joseph Cheriyan, CUH consultant clinical pharmacologist and chief investigator of the Phase 1b clinical trial added: “The findings represent very early positive signals but there’s still a long way to go. Work is currently ongoing in Phase 2 trials, which will hopefully lead to large scale Phase 3 trials in the next year or so.”

Professor Metin Avkiran, Associate Medical Director at the British Heart Foundation, who funded the study said: “Every five minutes someone is admitted to a UK hospital due to a heart attack. Thanks to research, heart attacks are now treatable, and seven out of ten people will survive. However, many heart attack survivors will still be left with damaged hearts.

“This research reveals a new approach that has the potential to both help heal hearts damaged by a heart attack and reduce the risk of a further heart attack.

The research is supported by NIHR Cambridge BRC and the Medical Research Council and featured on BBC Look East in October 2021. 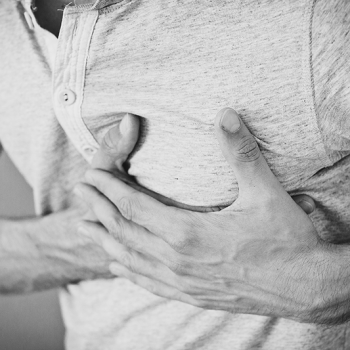