A panel of European experts and patients has identified a way to achieve major changes in the way radiotherapy treatment for breast cancer patients is delivered around the world.

It follows months of work from the panel. They first looked at research on increased doses of radiation over a shorter timeframe (called hypofractionation), and then compiled consensus statements.

These were reviewed by experts from hospitals across Europe, Brazil and Israel, who graded how much they either agreed or disagreed with the statements.

Finally, the panel selected the statements that scored the highest and agreed a formal Consensus.

Professor Charlotte Coles, who is also an NIHR Research Professor, Deputy Head of the Department of Oncology at the University of Cambridge and a member of the core ESTRO-ACROP consensus group, said: “In the clinical world Consensus statements can drive change – so this really is the next step to changing standard of care in Europe and the rest of the world.

“We knew the evidence was there to support hypofractionation – there have been some excellent clinical trials over the last couple of decades. These include the recent UK FAST-Forward trial that showed that 1-week breast radiotherapy is at least as good as conventional treatment in preventing cancer returning with similar side effects, but has far fewer treatment visits for patients.”

Hypofractionation is already standard of care in the UK, but it has been much slower to implement elsewhere. In addition, there are huge areas of the world, for example in parts of Africa, where access to radiotherapy treatment is extremely poor.

Professor Coles said: “Changing from three or even five weeks in some places to one week will make breast radiotherapy treatment a realistic goal for everyone who needs it.

“There are other benefits too, including less travel for treatment, less time off work, less time in recovery.

“What the Consensus is saying is that doctors could treat three breast cancer patients in the time that it used to take to treat just one, which would mean more patients could access breast radiotherapy.

“The good things about reducing the number of weeks is we’re not giving less treatment, it’s the same treatment only over one week, in more concentrated doses.

“The science behind it is based on how breast cancer reacts to hypofractionation, and it’s a happy consequence that it’s also quicker and cheaper.”

“This will help us enormously in our work to influence policy makers to ensure equity of access to evidence-based radiotherapy.

“We know Consensus statements drive change but in many places health care providers are still reimbursed for each dose they deliver and not for the whole course. This is a disincentive for providing evidence-based hypofractionation and needs to be changed.

“I am currently chairing The Lancet Breast Cancer Commission, which will look at reimbursement as part of its remit. We hope this Consensus will convince policy-makers of the health and economic value of breast hypofractionation.

“The ultimate goal is to make high-quality breast cancer radiotherapy accessible for everyone, no matter where they live.

“We’ve already changed practice in the UK, we now need to change it internationally.” 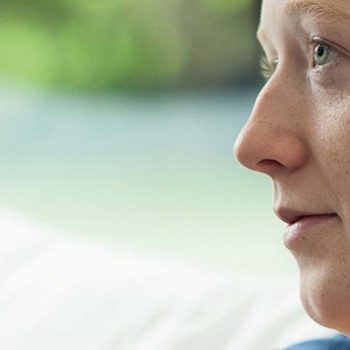