Home » Cocaine addiction leads to build-up of iron in brain

Cocaine addiction leads to build-up of iron in brain

Cocaine addiction may affect how the body processes iron, leading to a build-up of the mineral in the brain, according to new research from the University of Cambridge. The study, published today in Translational Psychiatry, raises hopes that there may be a biomarker – a biological measure of addiction – that could be used as a target for future treatments.

Cocaine is one of the most widely-used illicit drugs in the Western world and is highly addictive. A report last year by the UK government’s Advisory Council on the Misuse of Drugs found that almost one in 10 of all 16-to 59-year-olds have used cocaine in their lifetime. Cocaine use was implicated in, but not necessarily the cause of 234 deaths in Scotland, England and Wales in 2013. However, despite significant advances in our understanding of the biology of addiction – including how the brains of people addicted to cocaine may differ in structure – there is currently no medical treatment for cocaine addiction; most individuals are treated with talking or cognitive therapies.

A team of researchers led by Dr Karen Ersche from the Department of Psychiatry at Cambridge examined brain tissue in 44 people who were addicted to cocaine and 44 healthy control volunteers. In the cocaine group, they detected excessive amounts of iron in a region of the brain known as the globus pallidus, which ordinarily acts as a ‘brake’ for inhibiting behaviour.

Particularly striking was the fact that the concentration of iron in this area was directly linked with the duration of cocaine use – in other words, the longer that participants had used cocaine, the greater the accumulation of iron. At the same time, the increased iron concentration in the brain was accompanied by mild iron deficiency in the rest of the body, suggesting that iron regulation in general is disrupted in people with cocaine addiction.

“Given the important role that iron plays in both health and disease, iron metabolism is normally tightly regulated,” explains Dr Karen Ersche from the Department of Psychiatry. “Long-term cocaine use, however, seems to disrupt this regulation, which may cause significant harm.

“Iron is used to produce red blood cells, which help store and carry oxygen in the blood. So, iron deficiency in the blood means that organs and tissues may not get as much oxygen as they need. On the other hand, we know that excessive iron in the brain is associated with cell death, which is what we frequently see in neurodegenerative diseases such as Alzheimer’s or Parkinson’s disease.”

The Cambridge researchers now aim to identify the precise mechanisms by which cocaine interacts with iron regulation. Dr Ersche believes the most likely mechanism is that cocaine disrupts iron metabolism, possibly by reducing the absorption of iron from food, increasing the permeability of the blood-brain-barrier so that more iron enters the brain, where it can accumulate.

Although excess iron in the brain is associated with neurodegeneration, there is no suggestion that cocaine addiction leads to an increased risk of Alzheimer’s or Parkinson’s disease. The mechanism underlying the increase in iron in the brain in Parkinson’s disease, for example, is different to that in cocaine addiction, as are the affected brain regions.

As an essential micronutrient, iron can only be obtained through our diet and cannot be excreted, other than through blood loss. The researchers now want to find out whether means of correcting the disruptions in iron metabolism might slow down or even reverse the accumulation of iron in the brain, and ultimately help affected individuals to successfully recover from cocaine addiction.

This work was funded by the Medical Research Council and was conducted at the NIHR Cambridge Biomedical Research Centre and the Behavioural and Clinical Neuroscience Institute.

Written by the Unviersity of Cambridge

Teaser:
Build up of iron on brain
Section:
Home 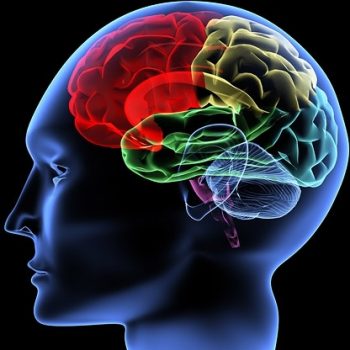