ICTD is part of a national campaign coordinated by the NIHR to commemorate the work of James Lind who pioneered clinical research with the first ever trial on the deadly disease scurvy. 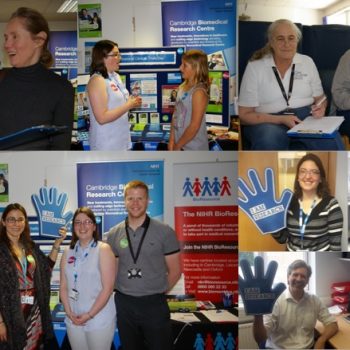 In honour of the day, the NIHR Cambridge BRC held an information stand in the reception area of the outpatient’s department at CUH to promote clinical trials.

The NIHR Cambridge BRC spoke to people about signing up to the patient and public involvement panel. The panel invites members to volunteer in research by either taking part in focus groups, become a panel representative or review researcher’s documents from their home.

The CCTU ran a mock ‘chocolate trial’, and asked participants to rate their feelings after they ate some chocolate. The idea was for people to understand the process of consenting to a trial and how easy it is to take part in research.

Staff from the CRF talked about the kind of trials that take place there. They also wanted to understand the public’s knowledge of research within the hospital, and asked people to complete a survey on behalf of UK Clinical Research Facility Network. 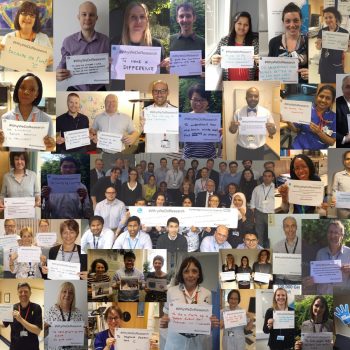 The NIHR Cambridge BioResource were looking for more volunteers to take part in research. In Cambridgeshire, they already have over 17,000 people – with and without health conditions who are available to take part in research. They talked to people about the process when you sign up to the NIHR Cambridge BioResource, and received enquiries from potential new members to join the panel.

Finally, the PLRH were on hand to talk about patients having the opportunity to propose their own research ideas to be taken forward and turned into clinical projects.

Throughout the day there was an on-going social media campaign, on the NIHR Cambridge BRC Twitter page titled #weareresearch #Iamresearch. Research staff took part holding up a sign with their reasons of working in research and why it’s important. There were over 40 photos going out throughout the day with over 15,000 people seeing the tweets.

Thank you to everyone who took part in ICTD. 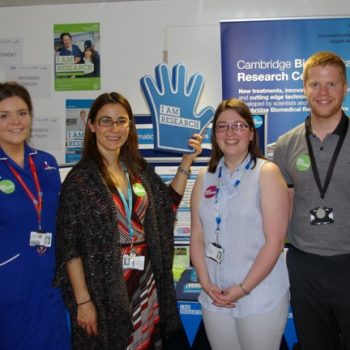