An international team of researchers has created a series of brain charts spanning our entire lifespan – from a 15 week old fetus to 100 year old adult – that show how our brains expand rapidly in early life and slowly shrink as we age.

The charts are the result of a research project spanning six continents and bringing together possibly the largest ever MRI datasets ever aggregated – almost 125,000 brain scans from over a 100 different studies. Although not currently intended for clinical use, the team hopes the charts will become a routine clinical tool similar to how standardised paediatric growth charts are used.

Growth charts have been a cornerstone of paediatric healthcare for over 200 years and are used ubiquitously in clinics to help monitor the growth and development of children in comparison to their peers. A typical growth chart might plot age on the horizontal axis versus height on the vertical axis, but rather than being a single line, it will show a range that reflects the natural variability in height,  weight or head circumference.

There are no analogous reference charts for measuring age-related changes in the human brain. The lack of tools for standardised assessment of brain development and aging is particularly relevant to the study of psychiatric disorders, where the differences between conditions and the heterogeneity within them demands instruments that can say something meaningful about a single individual in the way clinical reference charts can, and to conditions such as Alzheimer’s disease that cause degeneration of brain tissue and cognitive decline.

The study, published in Nature, is a major step towards filling this gap. Unlike paediatric growth charts, BrainChart – published on the open access site brainchart.io – covers the whole lifespan, from development in the womb through to old age, and aims to create a common language to describe the variability in brain development and maturation.

The incredible growing and shrinking brain

The brain charts have allowed the researchers to confirm – and in some cases, show for the first time – developmental milestones that have previously only been hypothesised, such as at what age the brain’s major tissue classes reach peak volume and when do specific regions of the brain reach maturity.

Dr Richard Bethlehem from the Department of Psychiatry at the University of Cambridge, one of the co-leads of the study, said: “One of the things we’ve been able to do, through a very concerted global effort, is to stitch together data across the whole life span. It’s allowed us to measure the very early, rapid changes that are happening in the brain, and the long, slow decline as we age.”

Among the key milestones observed by the team were:

While the brain charts are already proving useful for research, in the long term, the team intend them to be used as a clinical tool. The datasets already have around 165 different diagnostic labels, meaning that researchers can see how the brain differs in conditions such as Alzheimer’s disease.

Alzheimer’s disease causes neurodegeneration and a loss of brain tissue, so people affected by the condition are likely to have reduced brain volume compared to their peers. In the same way that some healthy adults are taller than others, so there is variability in brain size – in other words, a slightly smaller brain does not necessarily indicate there is something wrong. However, as is apparent from the brain charts, while brain size decreases naturally with age, it does so much faster in Alzheimer’s patients.

Dr Bethlehem explained: “We’re still at an extremely early stage with our Brain Charts, showing that it is possible to create these tools by bringing together huge datasets. The charts are already beginning to provide interesting insights into brain development, and our ambition is that in future, as we integrate more datasets and refine the charts, they could eventually become part of routine clinical practice.

“You could imagine them being used to help evaluate patients screened for conditions such as Alzheimer’s, for example, allowing doctors to spot signs of neurodegeneration by comparing how rapidly a patient’s brain volume has changed compared to their peers.”

In addition, the team hope to make the brain charts more representative of the whole population, pointing to the need for more brain MRI data on previously under-represented socio-economic and ethnic groups.

Dr Jakob Seidlitz from the Lifespan Brain Institute at Children’s Hospital of Philadelphia and University of Pennsylvania, another of the co-leads of the study, said: “Creating these brain charts has involved multiple technical feats and a large team of collaborators. With brain imaging data, things are a bit more complicated than just taking out a measuring tape and measuring someone’s height, or head circumference. There were significant challenges to deal with, including logistic and administrative hurdles as well as the huge methodological variability we find between brain imaging datasets.”

The team used standardised neuroimaging software to extract data from MRI scans, beginning with simple properties such as the volume of grey matter or white matter, and then expanding their work to look at finer details, such as the thickness of the cortex or the volume of specific regions of the brain. They used a framework implemented by the World Health Organization for generating growth charts to build their brain charts.

Altogether, they estimate that they have used around 2 million hours of computing time, analysing close to a petabyte of data (a petabyte is equivalent to 1,000,000,000,000,000 bytes).

“This really wouldn’t have been possible without access to the High Performance Computing clusters at Cambridge,” said Dr Seidlitz. “But we still see this as a work in progress. It’s a first pass at establishing a standardised reference chart for neuroimaging. That’s why we’ve built the website and created a large network of collaborators. We expect to consistently update the charts and build on these models as new data becomes available.”

The team have created the tool with a reference framework to allow other researchers and clinicians to adjust their own datasets, making it possible to compare them against the BrainChart population.

Dr Bethlehem explained: “The NHS does millions of brain scans every year and in most of these cases, they are assessed by radiologists or neurologists relying on their extensive expertise to judge whether there is anything clinically relevant apparent on these scans. We hope that clinicians in future will be able to compare their data against ours and produce a more comprehensive report adding additional objective and quantitative observations to their assessment.

“This should effectively allow the neurologist to answer the question ‘this area looks atypical but atypical by how much?’. As the tool is standardised, it shouldn’t matter where you have your brain scan – you should still be able to compare it.”

Together with Dr Bethlehem and Dr Seidlitz, the work was led by Cambridge researchers Dr Simon White and Professor Ed Bullmore, and by Dr Aaron Alexander-Bloch at the University of Pennsylvania. It builds on a worldwide collective endeavour over the last few decades to measure human brain structure with MRI, in many different groups of people at many different ages. The team say it would not have been possible without open access to many high quality MRI datasets, and hope their results will contribute to further openness and sharing of data and analytics for brain imaging science.

The research was supported by the British Academy, the Autism Centre of Excellence, the Medical Research Council, National Institute for Health and Care Research (NIHR), the Wellcome Trust and the NIHR Cambridge Biomedical Research Centre. 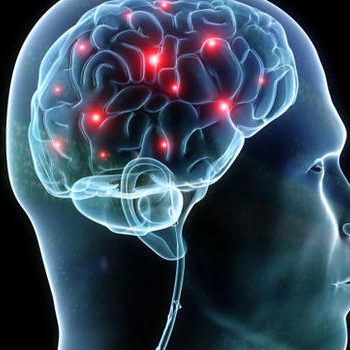