Modest and sustained decreases in blood pressure and cholesterol levels reduces the lifetime risk of developing fatal heart and circulatory diseases, such as heart attack and stroke, according to research. The findings are being presented at the European Society of Cardiology (ESC) Congress in Paris and published in the Journal of the American Medical Association (JAMA).

Researchers have found that a long-term reduction of 1 mmol/L low-density lipoprotein (LDL), or ‘bad’ cholesterol, in the blood with a 10 mmHg reduction in blood pressure led to an 80 per cent lower lifetime risk of developing heart and circulatory disease. This combination also reduced the risk of death from these conditions by 67 per cent.

The team found that even small reductions can provide health benefits. A decrease of 0.3 mmol/L LDL cholesterol in the blood and 3 mmHg lower blood pressure was associated with a 50 per cent lower lifetime risk of heart and circulatory disease.

Scientists have previously found that lowering both blood pressure and the amount of ‘bad’ cholesterol in the blood are two ways which can prevent the onset of heart and circulatory disease. However, the risk, which accumulates over time, has not been quantified before.

In this study, Professor Brian Ference and his team studied 438,952 participants in the UK Biobank, who had a total of 24,980 major coronary events – defined as the first occurrence of non-fatal heart attack, ischaemic stroke or death due to coronary heart disease. They used an approach called Mendelian randomisation, which uses naturally occurring genetic differences to randomly divide the participants into groups, mimicking the effects of running a clinical trial.

Professor Brian Ference now hopes that these findings can bring about change in the healthcare of people at greater risk of developing heart and circulation complications, and improved guidance for those requiring lifestyle changes.

Professor Brian A Ference, lead researcher of the study at University of Cambridge, said:

“Heart and circulatory diseases steal the lives of 168,000 people each year in the UK, which is just greater than the population of the city of Cambridge. It’s vital we do everything possible to help prevent people developing these life-threating conditions.

“Even small reductions in both ‘bad’ cholesterol and blood pressure for sustained periods of time can pay very big health dividends, and dramatically reduce the lifetime risk of developing heart and circulatory disease.”

“We now plan to take the results from this study to create a lifetime cardiovascular risk calculator and to support the development of new prevention guidelines.”

“This research again demonstrates that high blood pressure and raised cholesterol are key risk factors for heart attacks and strokes. But how many of us know our numbers for these, or have made sustained efforts to lower them? Hopefully, the findings reported shows that the risk could be reduced by as much as 80 per cent, can act as a motivator for long-term change.

“Millions of people are living with untreated high blood pressure or raised cholesterol, both of which can be lowered with lifestyle changes and medication. Huge numbers of heart attacks and strokes can be prevented simply by getting to know your numbers and taking your health into your own hands.

“Simple devices are now available for measuring blood pressure. Also, everyone between the ages of 40-74 is eligible for a free NHS health check, which assesses your risk of developing heart and circulatory diseases, and includes cholesterol and a blood pressure reading. It’s important that we all take advantage of this.” 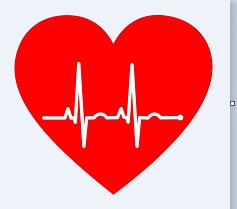