Cambridge researchers investigated whether binge-eating is caused by stress. They invited women with anorexia nervosa, bulimia nervosa and healthy controls to attend a study.

In a monitored environment women would receive controlled meals provided by a metabolic nutritionist. The women then underwent a fasting period during which they performed tasks whilst they received an MRI scan so researchers could look at their brain activity. The women also performed tasks to increase their stress levels, which was repeated.

After the tasks were completed the women were then offered an ‘all you can eat’ buffet in a relaxing environment and were told they could eat as much or as little as they would like.

On the second day of their study, the volunteers carried out the same tasks, but without the added stress.

The team found that even when the participants were not stressed, the women with bulimia nervosa performed worse on the main task, but this was not the case for those women affected by anorexia nervosa.

The researchers also found stress did not affect the actual performance in any way for either of the patient groups or the controls. However, the patient groups showed some differences in brain activity when they were stressed – and this activity differed between women with anorexia and those with bulimia.

While the researchers observed that the patients in general ate less in the buffet than the controls, the amount that they ate did not differ between the stress and control days.

The researchers also found when they were stressed, people with anorexia nervosa produce more of the hunger hormone, but contradictorily also more of a hormone that should tell them that they are full, so their bodies are sending them confusing signals about what to do around food.

People with bulimia nervosa had lower levels of cortisol, the ‘stress hormone’, than in healthy volunteers. 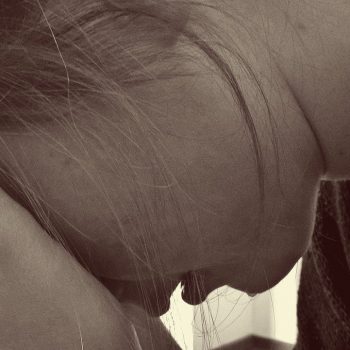