SARS-CoV-2 is a coronavirus, so named because spike proteins on its surface give it the appearance of a crown (‘corona’). The spike proteins bind to cells in our body, where the virus then replicates and spreads.

But as it divides and replicates, it also mutates. Some mutations make the virus more infectious, some help it evade the immune response, potentially making vaccines less effective, while others have little effect.

Towards the end of 2020, Cambridge scientists observed SARS-CoV-2 mutating in the case of an immuno-compromised patient treated with convalescent plasma (where the patient received blood plasma which already had antibodies). In particular, they saw the emergence of a key mutation – the deletion of two amino acids, H69/V70.

This deletion has since been seen across much of Europe, Africa and Asia – the so-called ‘Alpha’ variant – and appears to have spread multiple times independently.

Working under secure conditions, Professor Gupta and colleagues used a ‘pseudotype virus’ to understand how the spike protein interacts with host cells and what makes this mutation so important.

They found that the deletion makes the virus twice as infectiv – that is, the variants were both better at escaping immunity and more infectious.

This is an abridged version of the press release which was first published on our website on June 29, 2021. 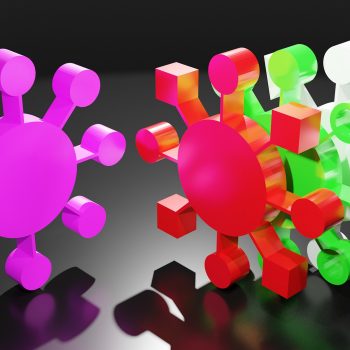