The three-year project – led by Dr Dennis Chan at the University with joint funding from the Alzheimer’s Society, Merck and NIHR Cambridge BRC – will scale up earlier research in which Dr Chan’s team showed that a VR test of spatial navigation was more effective at identifying patients with mild cognitive impairment (MCI) due to Alzheimer’s disease (AD) than gold standard tests of memory and thinking currently used in clinic and research studies. 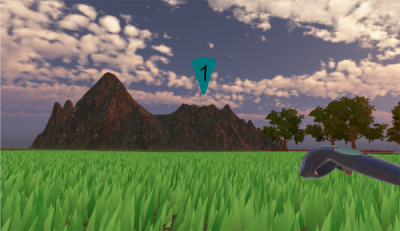 Participants (like the one photographed, above) were asked to navigate within virtual environments, displayed in state-of-the-art immersive VR headsets. This involved walking to, then remembering, the location of cones displayed within the environment.  (See above image for an example: clicking on the image will open a short demonstration video.)

Now Dr Chan’s team would like to see if this test can detect AD in even earlier stages, before the onset of cognitive impairment.

In this latest study, researchers will ask 300 volunteers aged between 40 and 60, without any memory impairment, to take part in the VR study.

The volunteers have already enrolled into the PREVENT dementia programme, and have differing risks of developing AD depending on whether they have a gene that puts them at risk of AD or if they have a family history of AD.

Dr Chan’s prediction is that those at higher risk of future AD will perform less well on the VR navigation task.

Coco Newton, a PhD student on Dr Chan’s team, said: “Alzheimer’s disease is notoriously hard to detect in the early stages, when it is known as ‘preclinical’ AD. But if we can show that a VR-based navigation test is more accurate than traditional memory tests in diagnosing the preclinical disease, then that opens up lots of exciting opportunities.

“Not least it will allow people to determine whether treatments are more effective if they are started earlier and if this can delay the onset of dementia.

“By diagnosing patients much sooner we will also be able to offer them the opportunity to take part in clinical trials of future treatments.”

The headset used in the study will be familiar to computer gamers.

Ms Newton explained: “You just place the headset on your face like a pair of goggles, and you are immediately placed in your ‘virtual’ environment. The headset displays images that are then used to test navigational skills as you walk around. Ultimately we want to find out if those who do worse in the tests will develop AD in later life.” 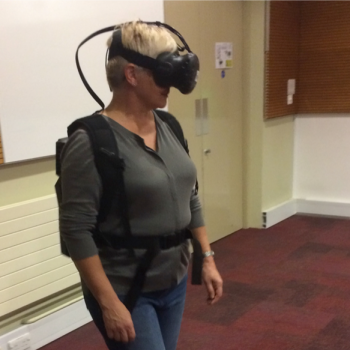