Home » Expandables » Could diphtheria become a ‘major global threat’ again as it evolves?

Could diphtheria become a ‘major global threat’ again as it evolves?

Diphtheria is a highly contagious and potentially fatal infection yet it is easily preventable. Researchers have noticed as it evolves it is becoming resistant to a number of antibiotics.

In high-income countries, babies are vaccinated against infection. However, diphtheria is still problematic in low- and middle-income countries, where the disease can still cause infections in those who are unvaccinated. The disease can be spread through coughs, sneezes or close contact with someone who has been infected. Antibiotics is still the main method to treat the disease.

Researchers analysed the genomes of 61 bacteria isolated from patients and combining these with 441 publicly available genomes, the researchers were able to build a phylogenetic tree – a genetic ‘family tree’ – to see how the infections are related and understand how they spread. They also used this information to assess the presence of antimicrobial resistance (AMR) genes and assess toxin variation.

When the team looked for genes that might identify any resistance to antimicrobials, they found that the average number of AMR genes per genome was increasing each decade. Genomes of bacteria isolated from infections from the most recent decade (2010-19) showed the highest average number of AMR genes per genome, almost four times as many on average than in the next highest decade, the 1990s. 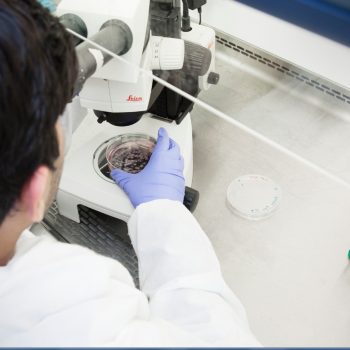