What? Professor Rebecca Fitzgerald and team have developed a new diagnostic tool for Barrett’s Oesophagus called the cytosponge. Barrett’s oesophagus is linked with the occurrence of oesophageal cancer. The cytosponge has been extensively tested in studies with patients and healthy volunteers at the Cambridge Clinical Research Facility. The team now want to find out if the tool can be used effectively in GP surgeries, and prove if it can be used to diagnose Barrett’s oesophagus early and therefore detect patients who might be at risk of developing this cancer.

The CUH PPI Panel volunteers were involved in reviewing the study design and protocol, patient information sheets and summaries, and have received feedback and updates on trial progress.

How? They met as a focus group to hear a presentation from the study data coordinator and research nurse and to provide feedback on study documents. There have been subsequent meetings to update the group on progress. The panel asked many questions including how GP surgeries were chosen and why not all GP surgeries. The team explained that GP surgeries close to endoscopy units were chosen in case of any emergencies, for example, swallowing of the capsule and string. They also need to have some GP surgeries as control groups to assess the normal level of diagnosis in the community.

Why? As a result of the focus group, patient information sheets were simplified and the ethical considerations and selection choices explained. The public group are now informed of progress and hope to retain a role in oversight for further research. The research team were hugely appreciative of the support they received and are now advocates for the early involvement of patients and the public in the research process. 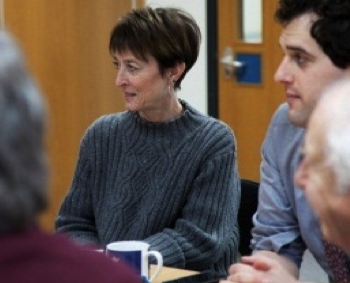