The Royal Society elects scientists, engineers and technologists from the UK and the Commonwealth on the basis of excellence in science. The Society’s fundamental purpose is to encourage the development and use of science to benefit humanity.

Professor Sadaf Farooqi was elected in recognition of her research into obesity and how the body controls weight.

Professor Farooqi discovered how the hormone leptin and the brain’s melanocortin system regulates appetite and weight and that genetic mutations can cause severe obesity in some people.

Discoveries by her team have directly led to diagnostic testing for genetic obesity syndromes world-wide and provided life-saving treatments for some people.

Professor Farooqi said: “As a Clinician and Scientist, I am absolutely delighted to be elected as a Fellow of the Royal Society. This prestigious honour recognises the work of many team members past and present, our network of collaborators and the patients and families who played a vital role in this research”.

Professor David Rowitch’s work on glial cells (cells in the nervous system) found they provide much more than ‘the glue’ to support to the nervous system but they also protect neuron cells (nerve cells which send and receive signals from your brain).

He found their function is critical to support the spinal cord and that they also might play a part in the development of the brain and neurodegenerative illnesses, which is one of the reasons why he has been given this top award.

Professor Rowitch said: “It is a great honour to be elected to the Fellowship of the Royal Society, joining many of my esteemed Cambridge, and other scientific, colleagues.” 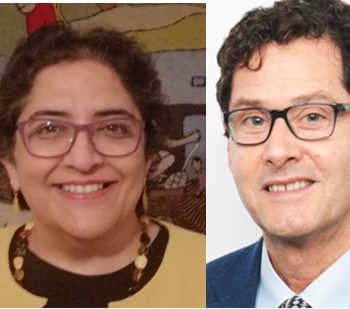