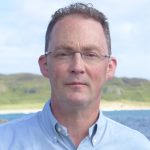 Gordon Smith is Professor and Head of the Department of Obstetrics and Gynaecology, University of Cambridge, UK. He has five degrees from Glasgow University. His clinical training was in Glasgow, including sub-specialist training in Maternal-Fetal Medicine. He had Wellcome Trust clinical research training fellowships based in Glasgow University (1992-1993) and Cornell University, USA (1996-1999). His clinically orientated research focuses on using maternal, ultrasonic and biochemical data to predict adverse pregnancy outcome. He was elected a Fellow of the Academy of Medical Science in 2010. 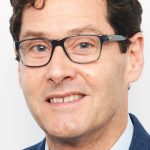 David Rowitch is Professor and Head of Paediatrics at University of Cambridge, and he holds a joint appointment at UCSF (Pediatrics and Neurological Surgery). He trained at UCLA Medical School, University of Cambridge and Boston Children’s Hospital, Harvard Medical School. Professor Rowitch is a neonatologist and neuroscientist whose laboratory investigates genetic factors that determine development and diversity of glial cells of the brain and the response to injury. He has applied these principles to better understand white matter injury in premature infants, brain cancer and leukodystrophy. Rowitch lead the first human clinical trial of direct neural stem cell transplantation focused on the rare and fatal leukodystrophy, Pelizaeus-Merzbacher Disease. His work in the field of neurobiology has earned him numerous awards. He became a Howard Hughes Medical Institute Investigator in 2008 and Professor of Paediatrics at Cambridge University and Wellcome Trust Senior Investigator in 2016. His interest in precision medicine focuses on applications of genomic technologies to diagnose and better understand the biological basis and rational treatment of rare neurological disorders.